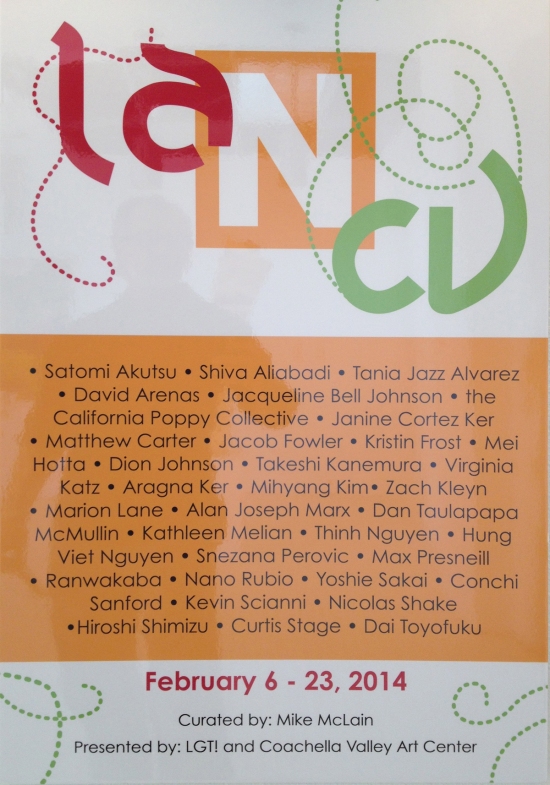 I had the good fortune of seeing LA n CV, a survey of contemporary LA area artists, recently at the Coachella Valley Art Center in Indio, California. LA n CV is the brainchild of artist/curator Mike Mclain. The show was produced at the Coachella Valley Art Center in conjunction with LGT!, a Southern California arts organization that creates member generated exhibitions and alternative art presentations across the LA metro area. The Coachella Valley Art Center is a new arts destination in Indio that provides resources for the local arts community including classes, studio space, a gallery and a theatre. The CVAC portion of LA n CV was conceived as part-one of a two-part survey that investigates the interplay between artists working in the Coachella Valley, which is essentially a desert environment, and artists working in the sprawl of Los Angeles’ urban landscape. Part-two of this curatorial effort will take place in Los Angeles and will feature desert area artists.

For more information on the Coachella Valley Art Center and Mike McLain please check out their websites: 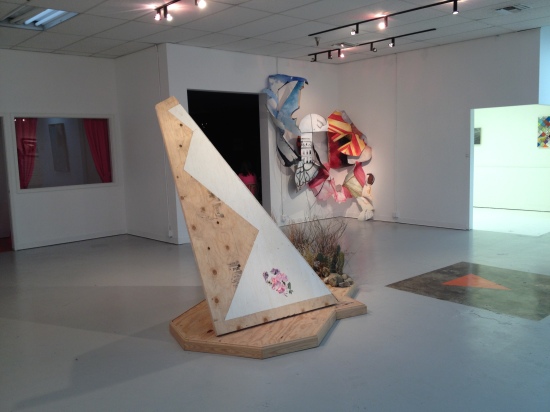 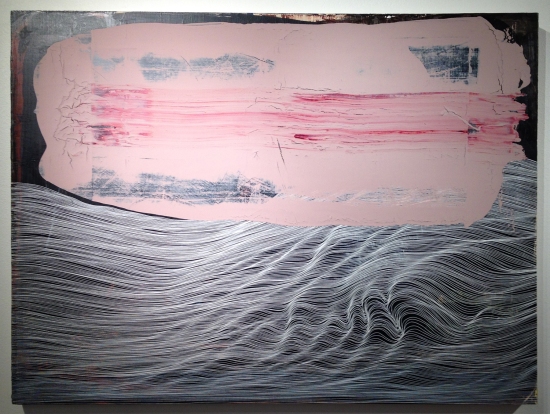 Mihyang Kim, It has been Like This, 2013, acrylic on canvas 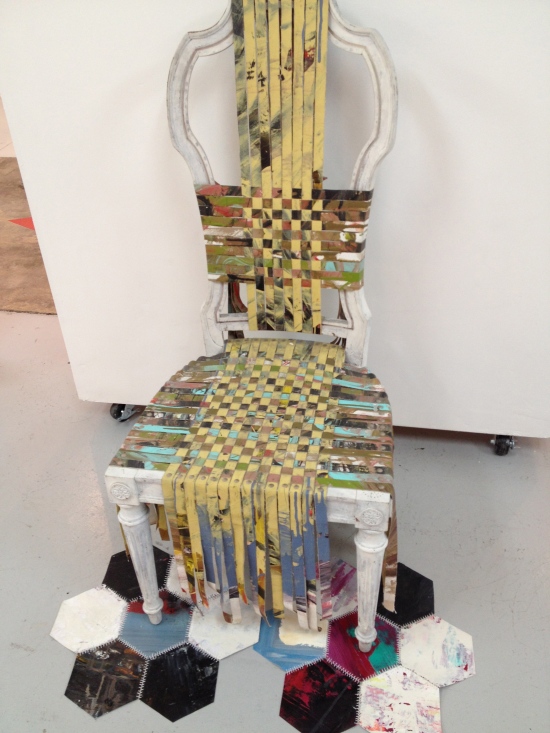 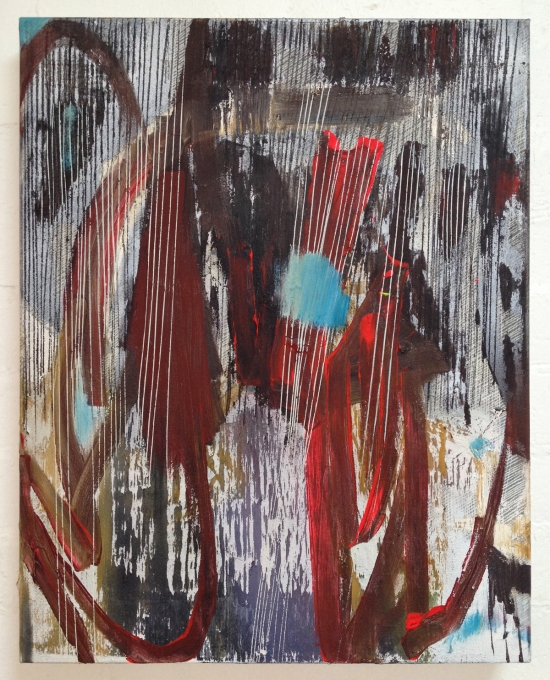 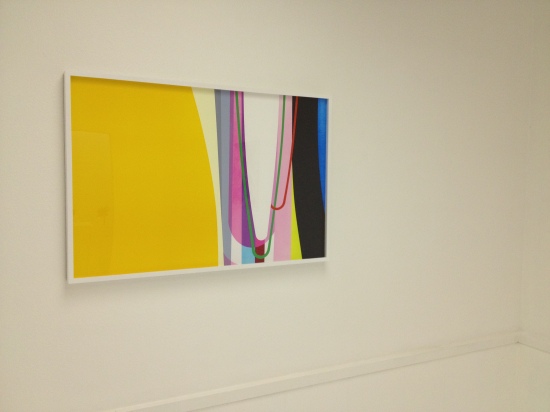 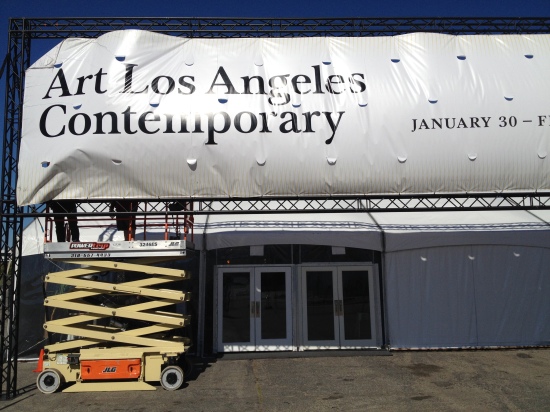 The element of surprise is a rare commodity these days, but Art Los Angeles Contemporary always hold surprise and this year was no exception. The sun was out and rainbows were shining on a pot of art fair gold in Santa Monica. 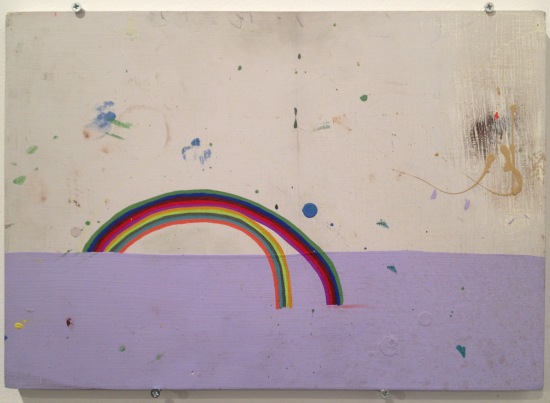 Art Los Angeles Contemporary takes place every February at the Barker Hanger at the Santa Monica airport in Santa Monica, California. The show has a much more contemporary vibe than the more staid and at times weezingly grey LA Art Show. ALAC presents 70 established and emerging galleries from around the world. Each year I am introduced to new galleries and artists at this fair and its easy relaxed vibe is consistently punctuated with moments of  visual “wow” and a few moments of dumbfounded “what the *@$#”. Both are good things.

Obtaining information at ALAC is a mixed bag. I like to get to the fair early in the day and as a result some galleries are unattended and in others the gallerist may be busy or shockingly aloof. Wallcards are present at some booths and at others non-existent so it can be difficult to gather information about the work itself. I have included as much text as possible with the images that follow. In most instances I was able to include the name of the artist and the gallery. I have included materials, dimensions, date and some background information or links to more background information in cases where I was able to engage the gallerists directly and ask about the work. 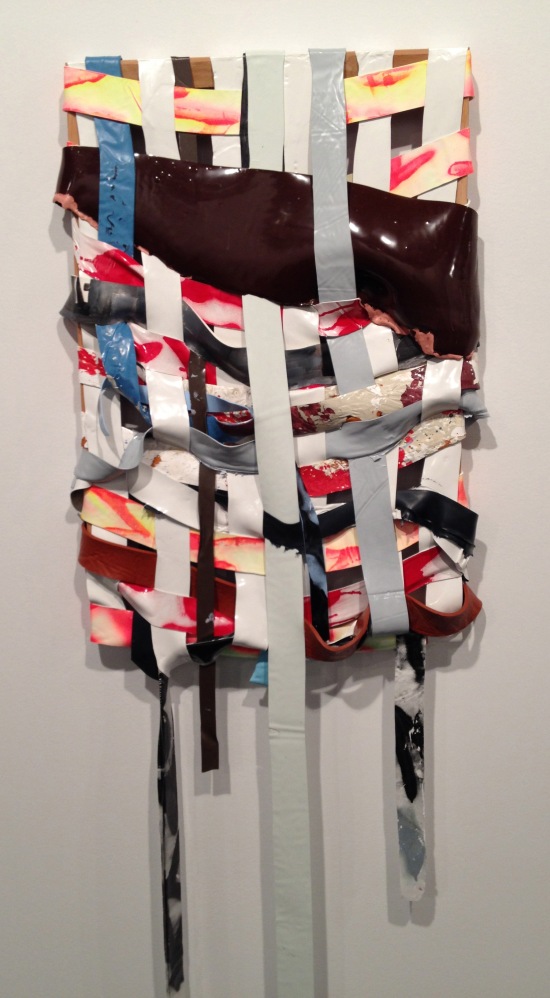 There was, as the above and some of the following images attest, lots of great work. One of the themes percolating this year were works that were, in small or not so small ways, decaying or in some cases, partially erased. The following work was not a particular favorite of mine, but it does indicate  one of the present structural themes at the fair. Some of the works literally looked like they were falling apart, and the conservator in my head was taking note of the delicate state of much of the work and especially the fugitive nature of the materials themselves. The ephemeral nature of things and it’s translation into materials, process and the object itself is a story I am seeing from a lot of artists these days. Myself included. 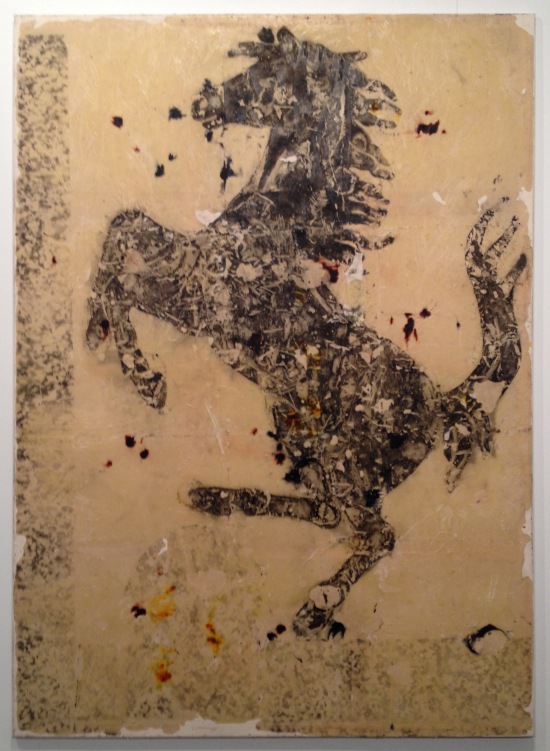 I’m pretty sure the above painting is wax based. The gallerist wasn’t terribly forthcoming with information on this artist. There are links below to the gallery’s website and an interesting interview with J. Patrick Walsh 3.

Robert Davis’ works were some of the more striking pieces to utilize not so common painting materials. Many of his organic yet strangely modern linen canvases were colored with rabbit skin glue or coffee. 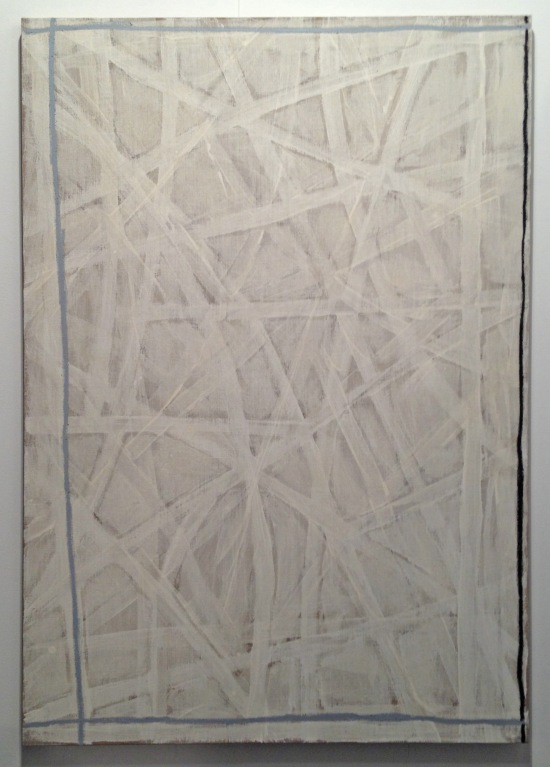 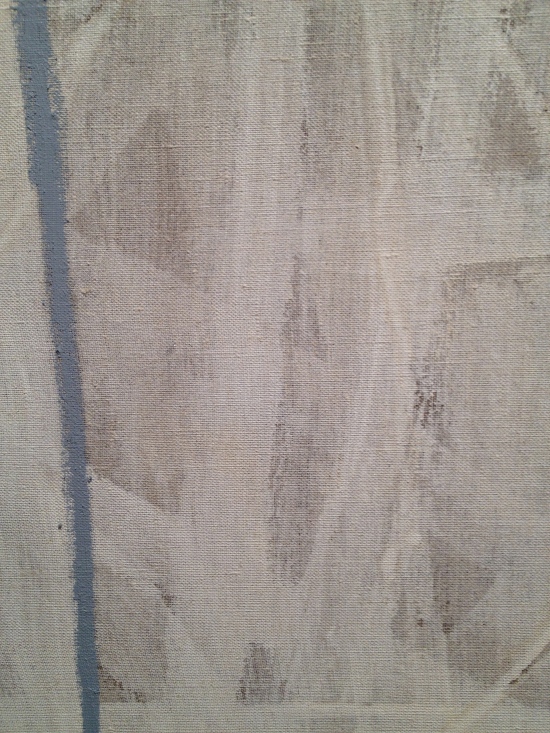 There were also many works that were striking in their pared down simplicity. 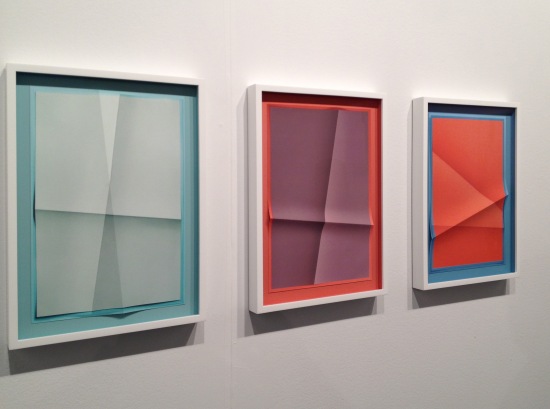 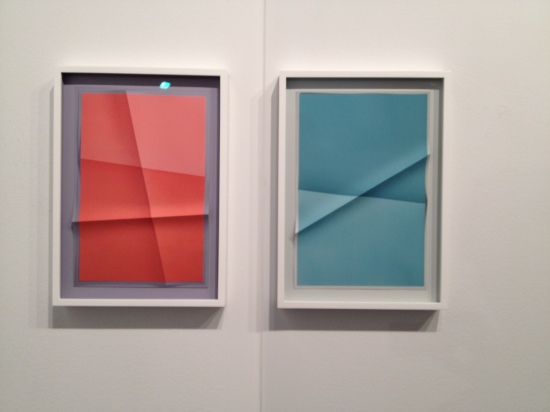 All works Acrylic on aluminum, acrylic on plastic-coated paper and aluminum shelf 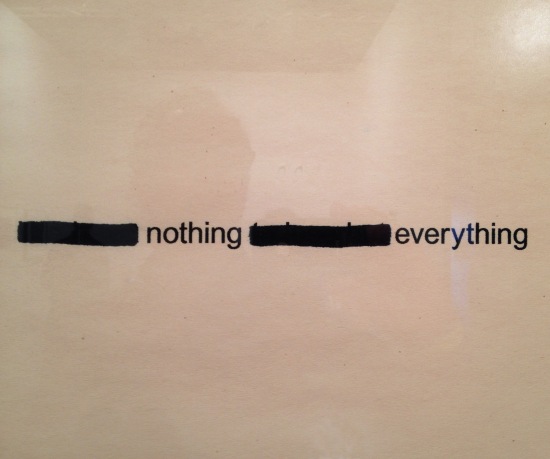 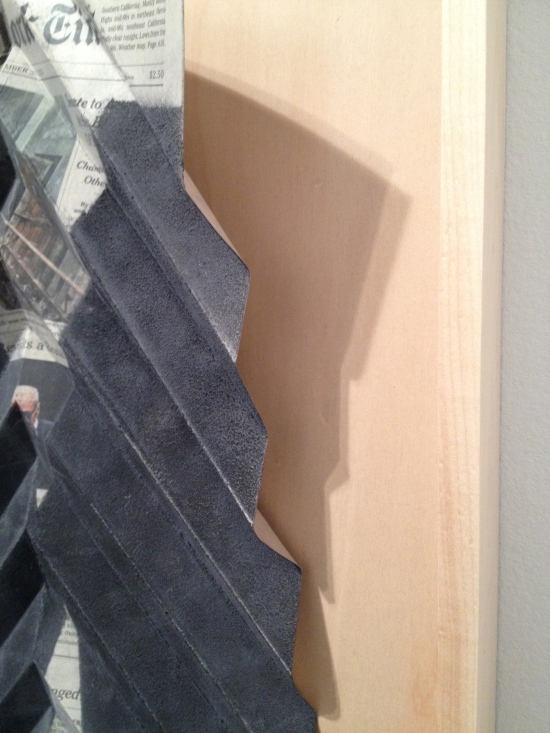 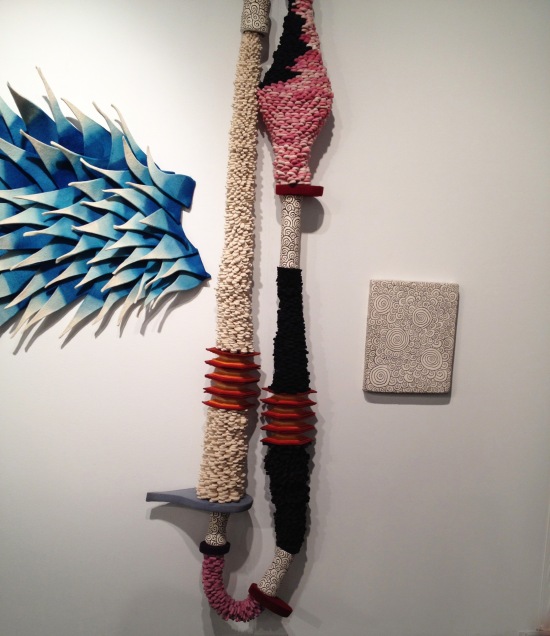 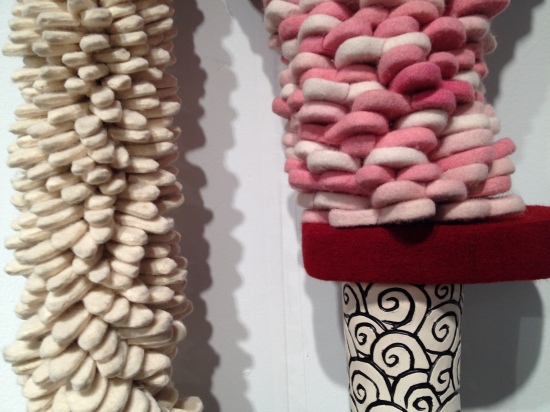 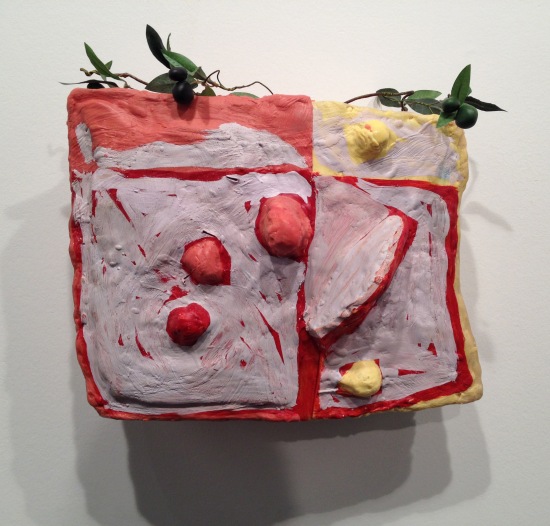 This last image takes a bit of explaining. When I walked into the booth I saw the plastic jug on the floor and took a photo of it. The friend that I was with had some doubt about the jug being art. I said I thought it was because the placement was so deliberate. When the gallerist returned to the booth we asked, and yes, the jug was indeed a work. It was created by the artist Sean Raspet. Sean often creates sensory environments with signature scents and this jug was one of them. When the gallerist opened the jug I leaned down to smell it. Honestly I couldn’t smell much, but I liked the idea behind the work. Ideas were the highlight of this years ALAC. There were some great conversations about the works themselves and in most instances the conversations illuminated the works in ways that were unanticipated. Another eye-opener from a fair that never lacks for surprises. 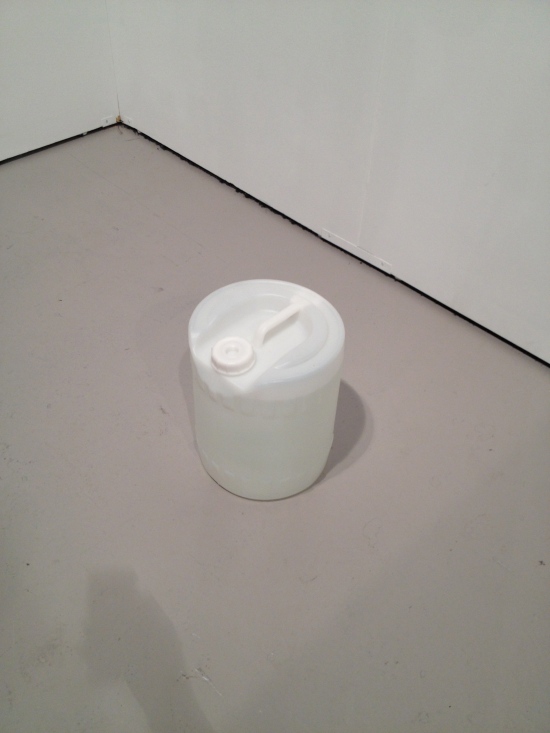