Here is a quick overview of András Böröcz’s terrific show at Pavel Zoubok Gallery during it’s recent run in New York. This eccentric and beautifully crafted show was the highlight of  a day of gallery visits in the city. 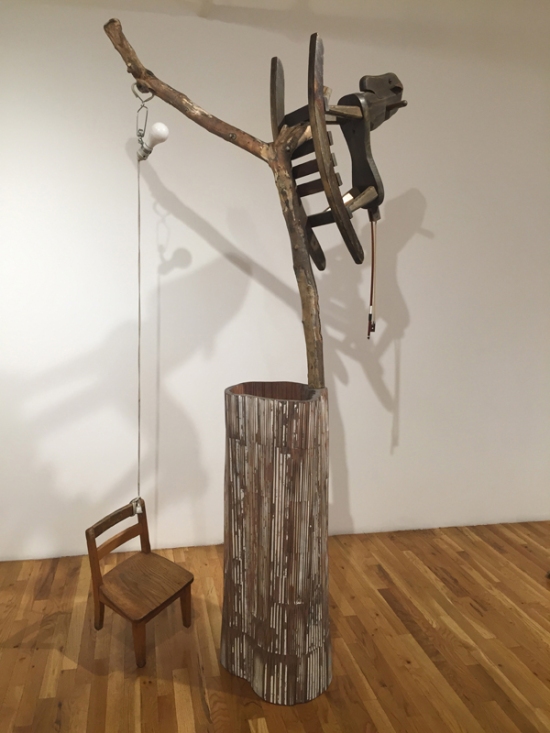 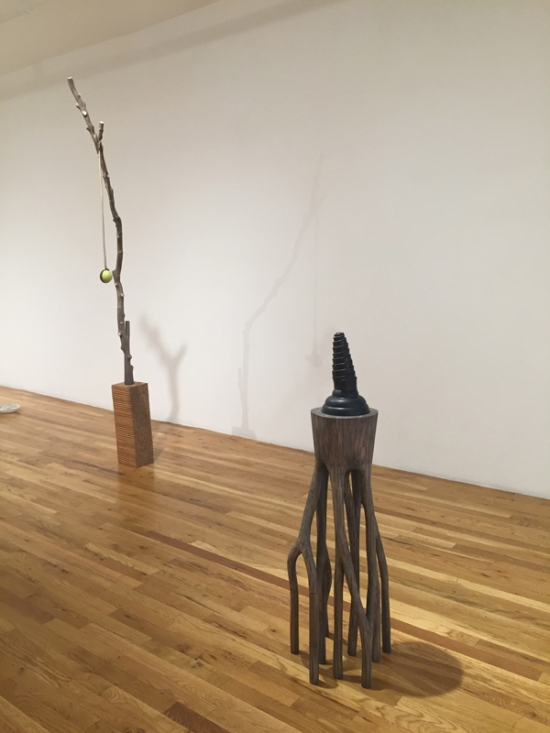 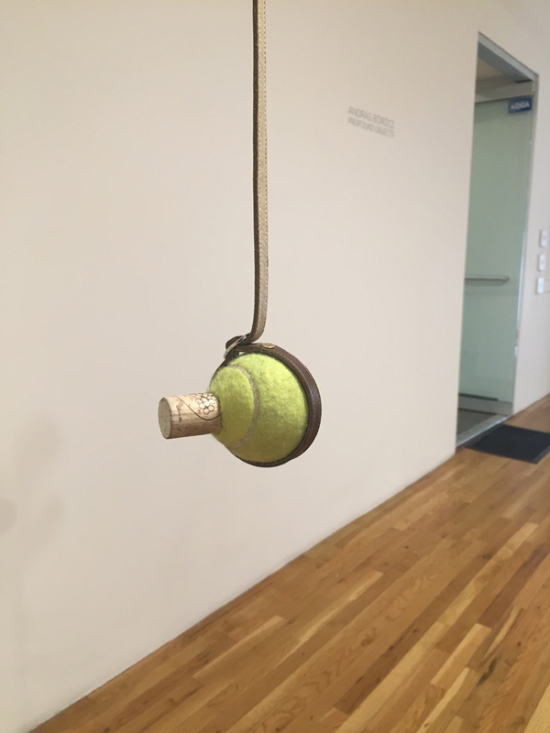 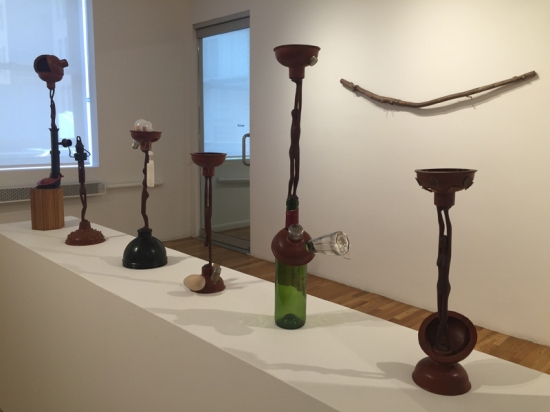 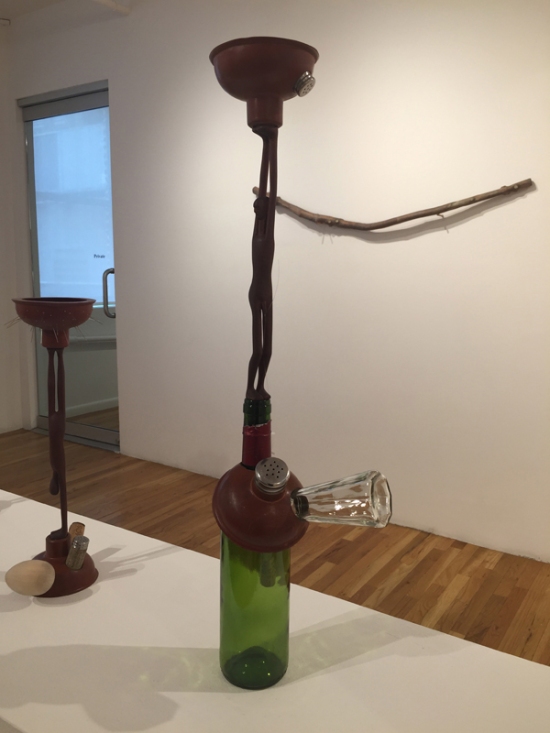 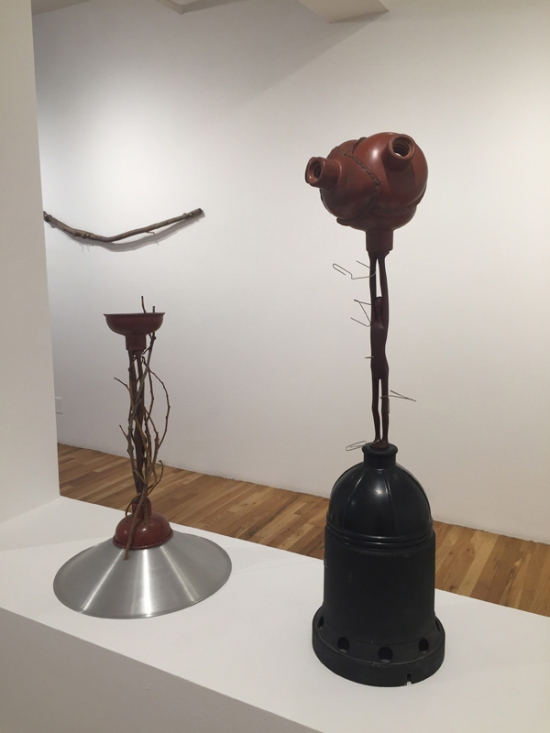 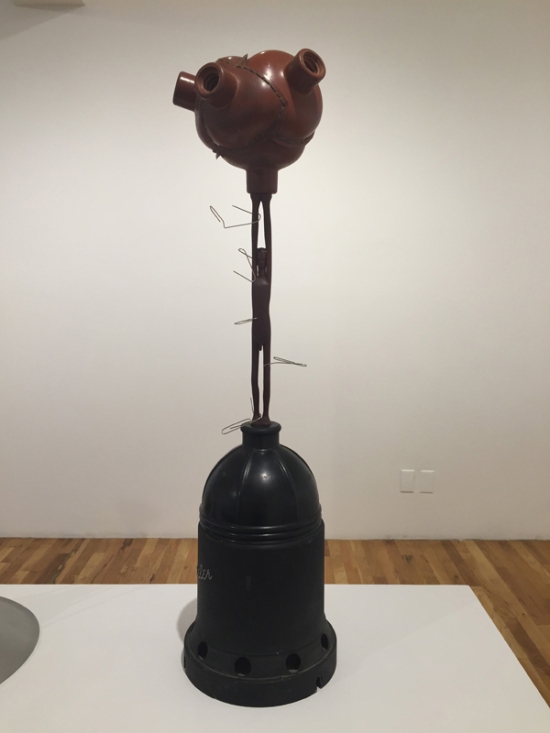 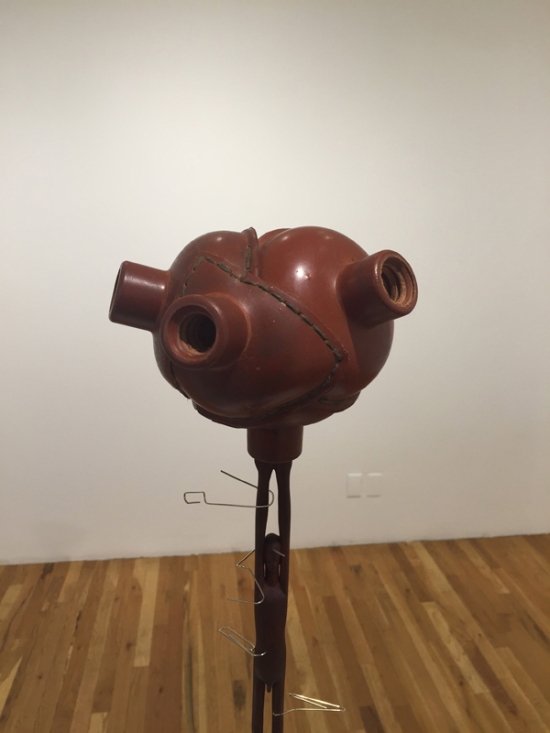 Great work lingers, and the works that were a part of between a place and candy: new works in pattern + repetition + motif, organized by Norte Maar and curated by Jason Andrews at the 1285 Avenue of the Americas Gallery, were no exception. They lingered. And they are still lingering 4 months later. The exhibition ran in New York from March 16 – June 12, 2015, and I had the great pleasure of seeing it in June before it closed. I had meant to write about the work right away but life got in the way and this post kept being put off, but the lingering power of the work haunted me. I am still struck, months later, by how immediate the work is, even in the photographs. The works still have a confident, visceral impact; Look at me and remember.

There is a curious power to pattern and repetition. Many of the works in between a place and candy felt to me like emotional maps. Through the repetition of color, shape and line the works guide the viewer to look deeper, closer, both within the depths of the visual confines of the frame and also within the depths of the viewers own internal emotional memory. Through shape, delicate line, color, form and material substance the artists whose works comprised this exhibition reminded the viewer of the power of form, the resonate heft of replication and the guiding influence of line, both colored and not. These visual forces compel us to linger, to ponder, to wonder and to reflect. There is great power in that. 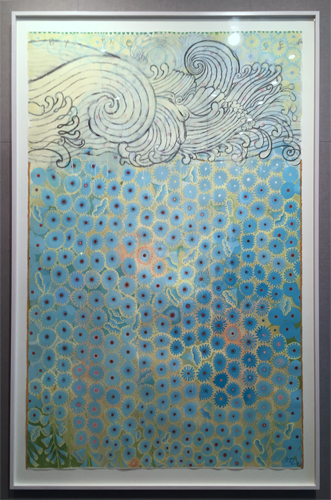 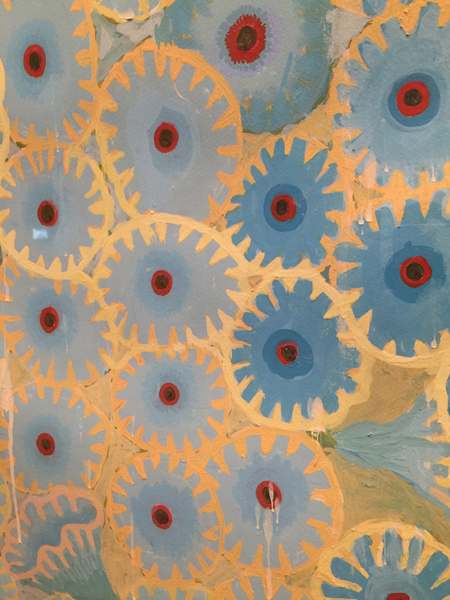 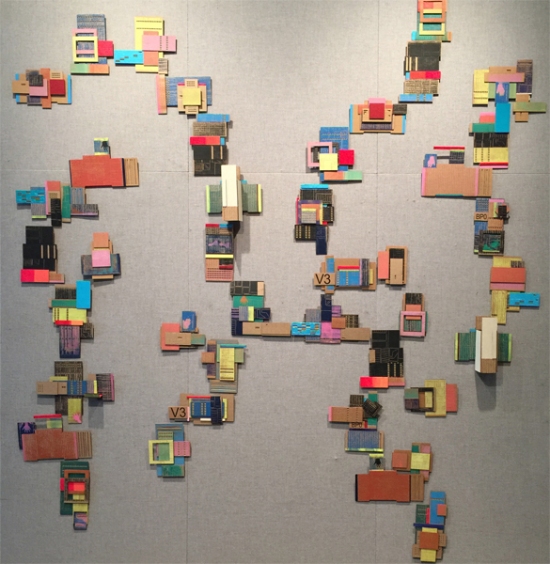 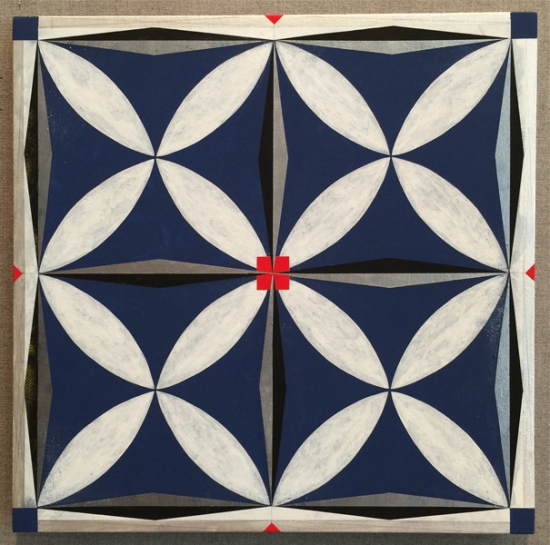 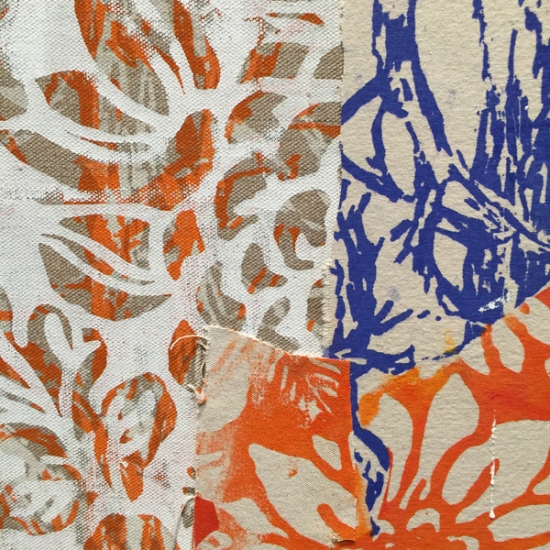 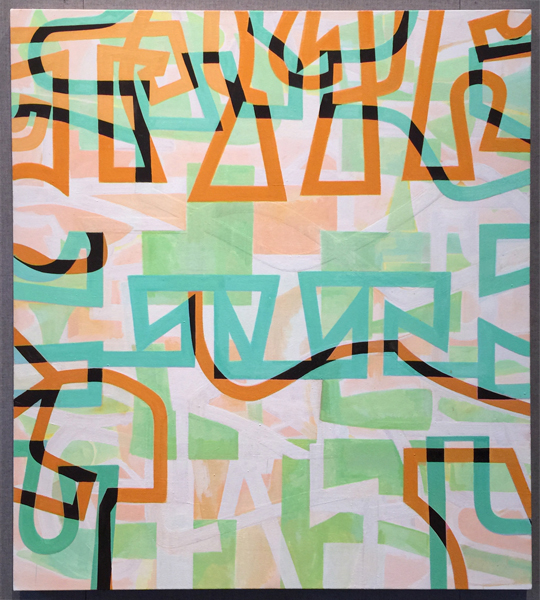 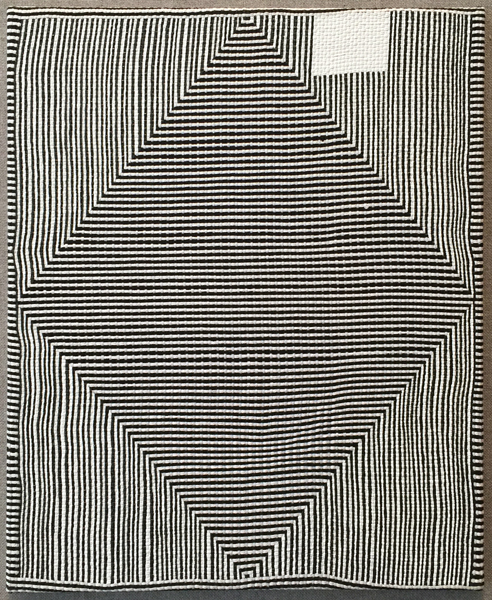 Every now and again a show comes along that just stays with you, and Gene Mann’s show at Andrew Edlin Gallery is one of them. I’ve been thinking about these works since I saw them over a month ago.

Gene Mann lives in Switzerland near Geneva but was born in France. The show at Andrew Edlin Gallery is her first New York solo exhibition. The works at Edlin are sensually textural; a blend of drawing and collage. The pieces are most definitely figurative collage works, but they have an expressive, painterly feel to them and a movement that is both chaotically childlike and simultaneously  haunting. There’s something about the way the materials are manipulated and how the elements bleed into and over one another; like thoughts and stolen moments. Dreams and memory. The collection of elements are torn and pieced and drawn upon and torn again before coming together to form their rich dreamlike narrative quality, and these stories linger. 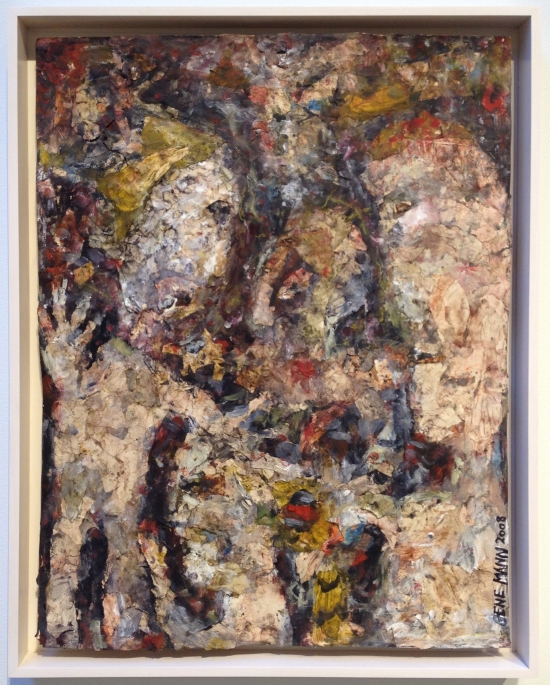 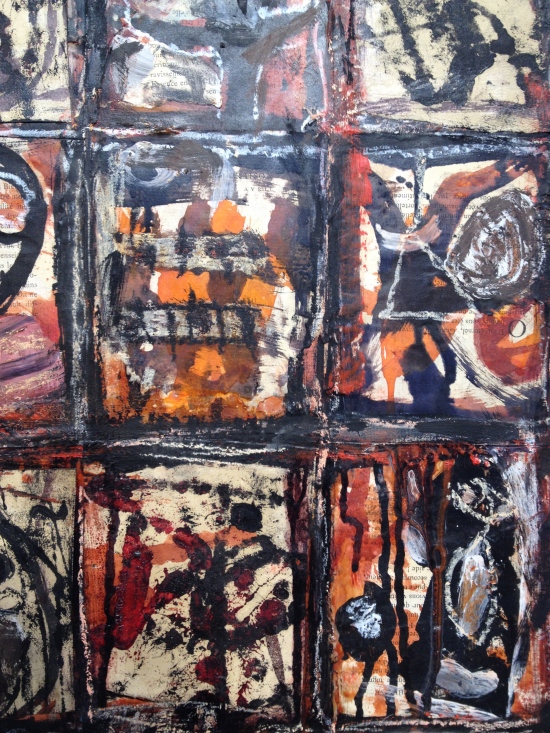 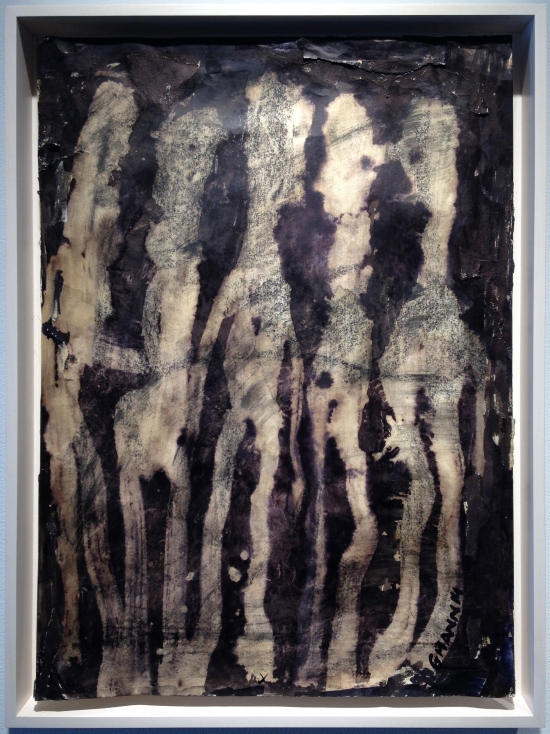